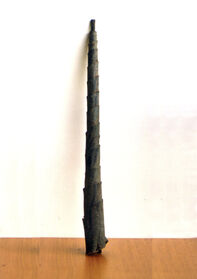 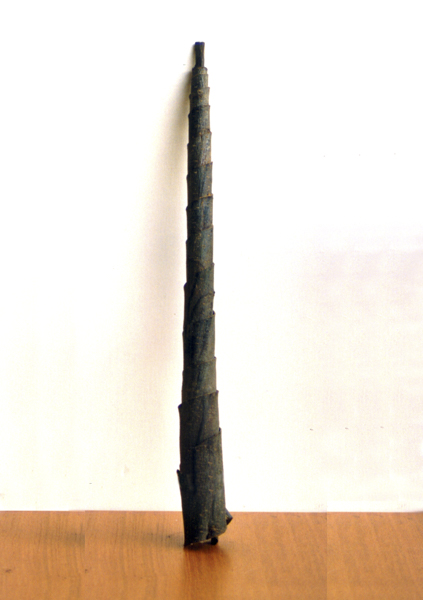 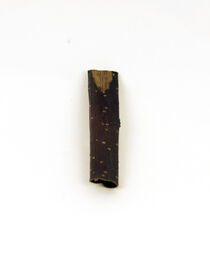 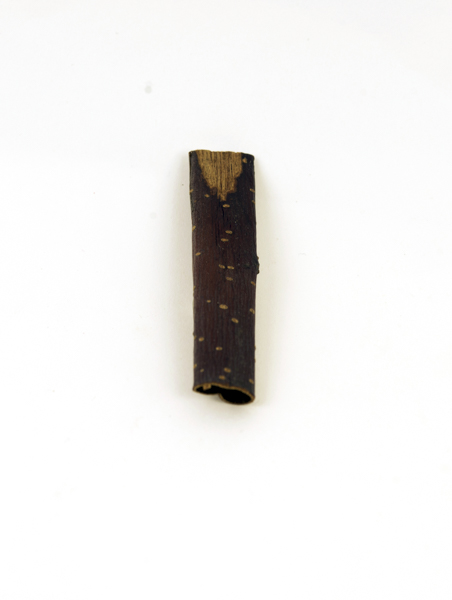 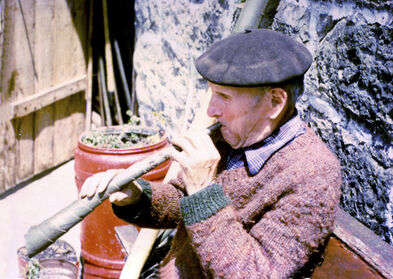 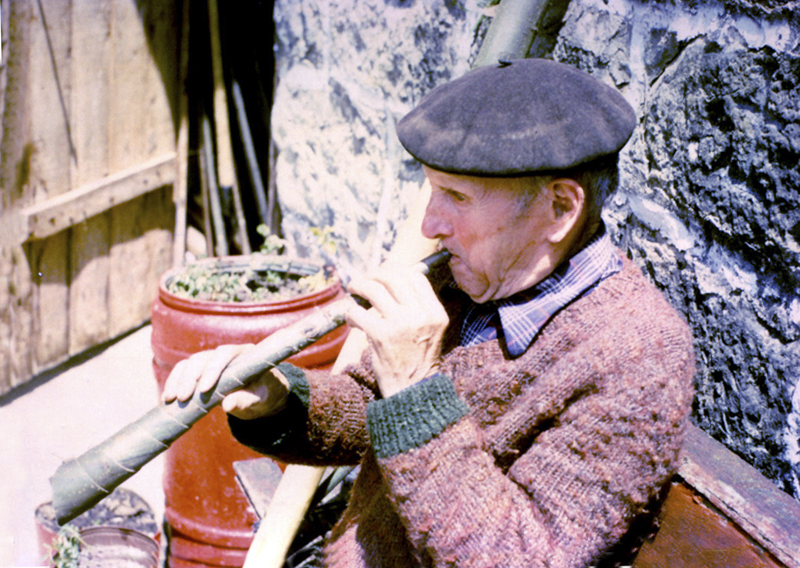 The tutubi or tronpeta is a double-reed aerophone, of the oboe type.

It is a conical tube similar to a dulzaina, formed with a long ribbon of chestnut bark. At the upper end a double reed nozzle is inserted (see description of the sunprinu).

The player puts the pita in their mouth and blows it, making the two reeds vibrate.

In the Navarrese valley of Araiz, another instrument similar to the sunprinu was used, which they called tutubi or tronpeta. It is made from chestnut bark and has no finger holes, so it just gives a note.

The way of making the pita is the other difference that this instrument has with respect to the sunprinu.

The other important difference the two instruments is that the sunprinu is an instrument for adults and the trumpet-tutubi is a sound toy for children.