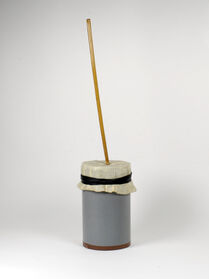 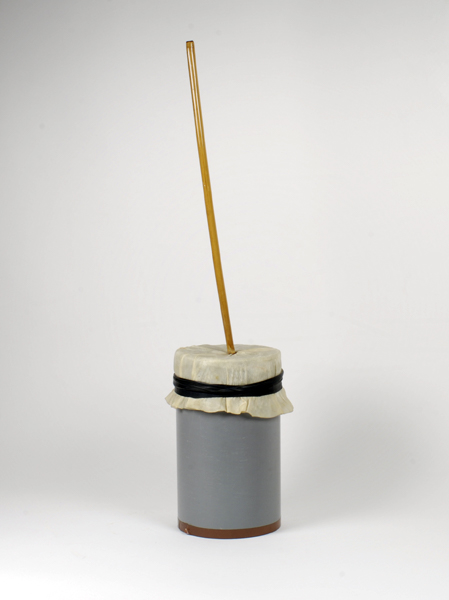 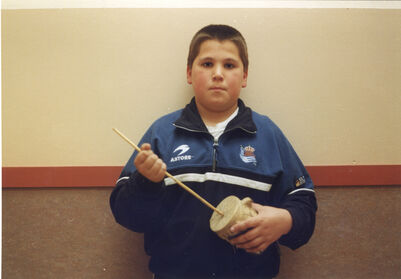 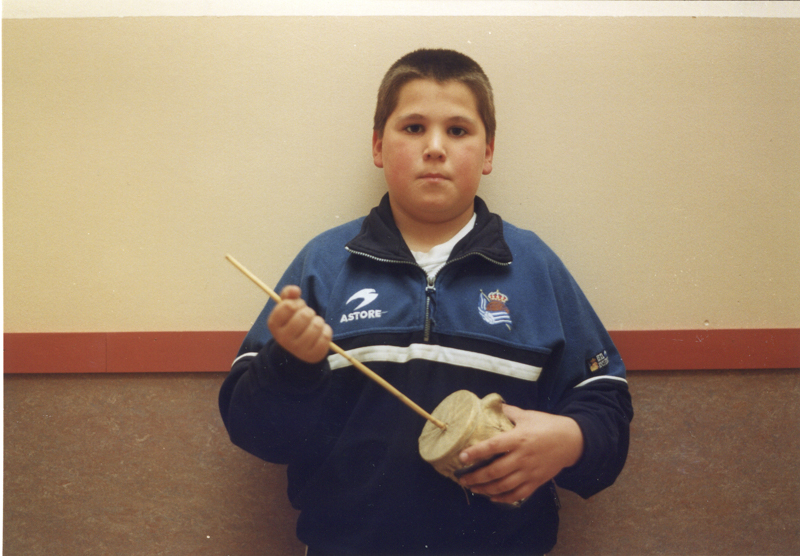 It is a clay pot of variable dimensions. The ass is removed and then covered with a taut skin. Before placing the membrane, a stick or rod is tied in the middle of it.

Depending on the size, it is held in the hand or under the arm, and the stick is rubbed with the other wet hand, a sponge or a leaf.

In the center and south of Navarra the common zambomba is still used to make noise and accompany songs rhythmically. For example, they are played next to the mortars, accompanying Christmas songs.

This type of instrument has also been used in Zuberoa. There they are given the ttipiuntzia.

If in the case of the eltzegor the skin vibrates by rubbing a string; in this case we do it by rubbing a cane or wooden stick. Since the stick is a rigid material, rhythms can be given by rubbing it up and down with the hand.

Father Donostia (1952) presents another curious instrument under the of Thupinautsia. He does not provide much information, but we believe it has to do with the eltzegor and the zambomba: “It is an old cauldron with which noise is made. It is used at the cencerradas. In the Zuberoa region, in the corn season, they use this artifact at night. They smear it with wax, and so they scare away badgers ” (p. 295).