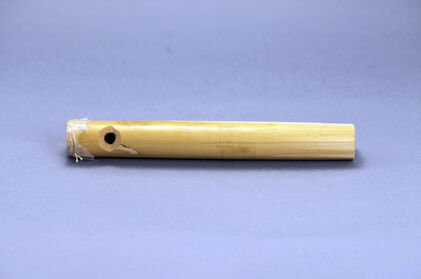 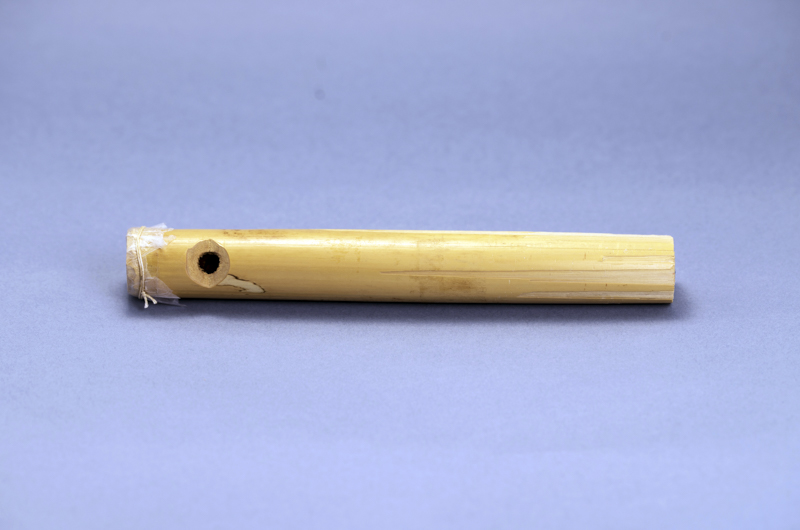 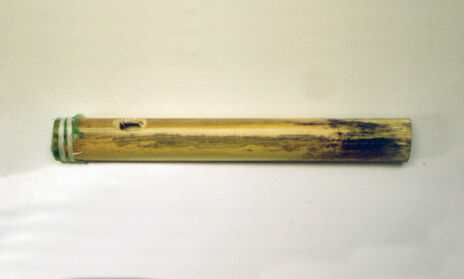 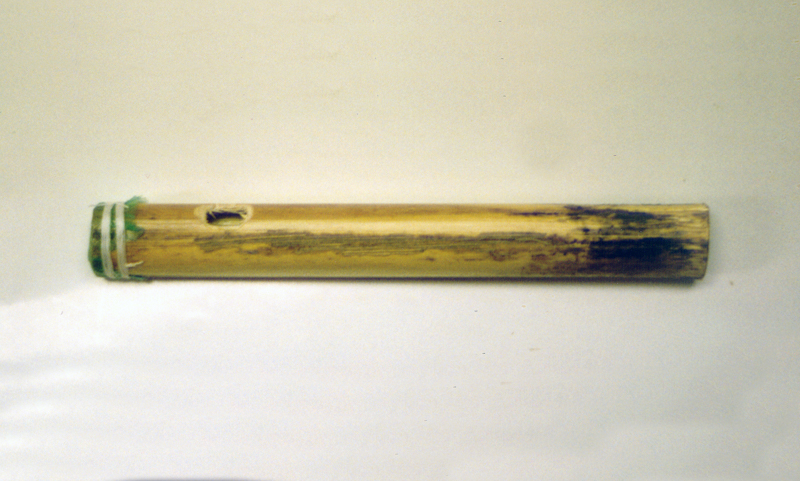 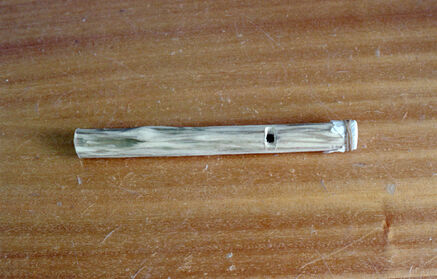 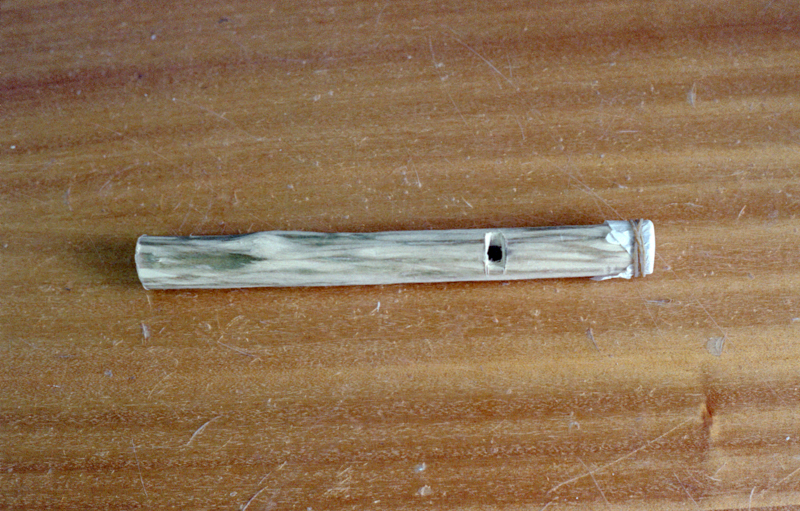 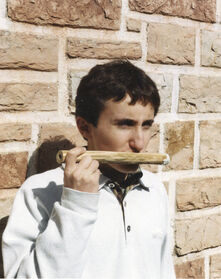 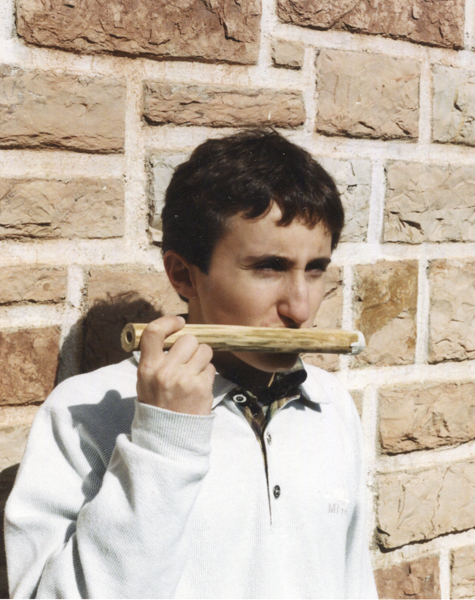 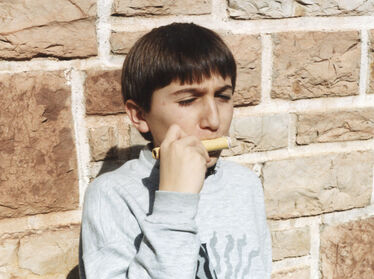 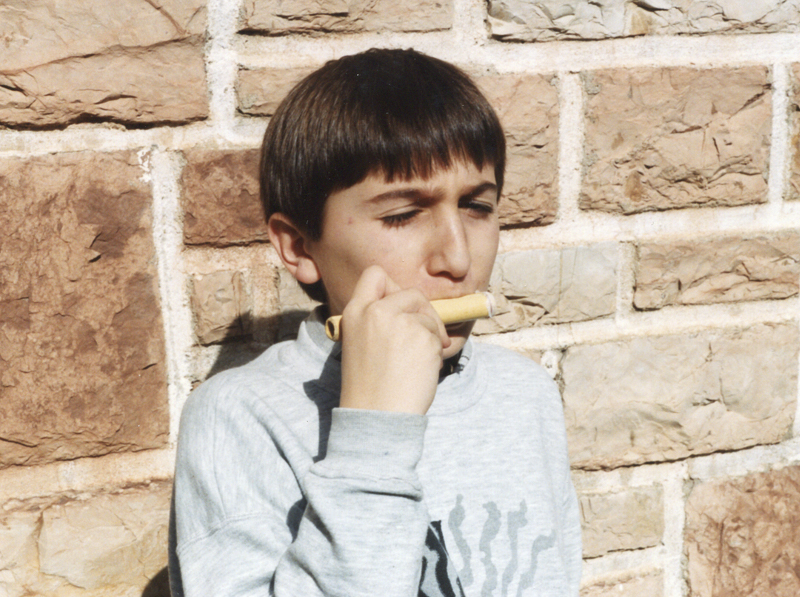 It is an empty stick or reed tube. At one end it has a membrane or a stretched piece of paper, next to which the tube is perforated to blow humming through it.

It is grasped with the hand and the mouth is put in the hole that has been made in the tube. The player hums, producing the melody and vibrations with the voice. The paper or membrane amplifies and modifies the voice of the interpreter.

Surely these sound instruments or children's toys have been used in many corners of the Basque Country.

They are generally made of cane and are known as turutas.

"In Elosua (Gipuzkoa) they made it out of elderberry and called it flota. In Karranza (Bizkaia) they called it reed flute" (Etniker, 1993, p. 695).

In the Larraun valley (Navarra) it was made with elderberry branches, and it was called "tulurte".

The two most used materials have been cane and elderberry.

The elderberry sticks are made as follows:

A stick of about 20 centimeters is cut and the bark is peeled. 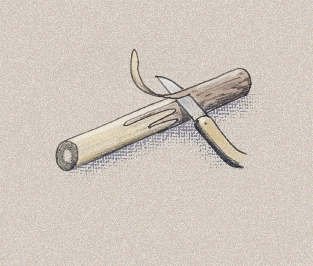 The marrow is removed with an iron rod, leaving the tube clean. 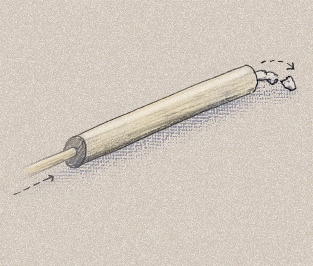 About 2 inches from one end, a hole is made. 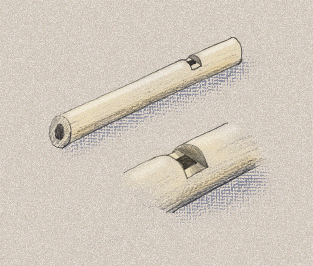 The end next to the hole is closed with a tightly fitting piece of paper, tied with a thread 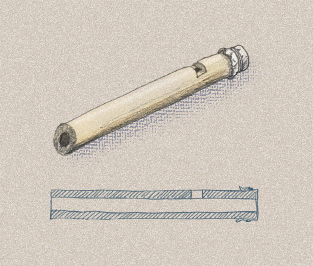 If it is made with cane: 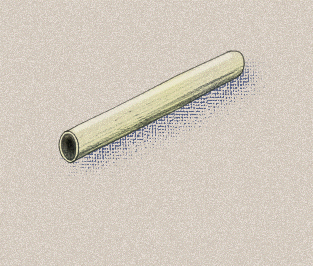 Depending on the measurement, a hole is made about 3 centimeters from one end. 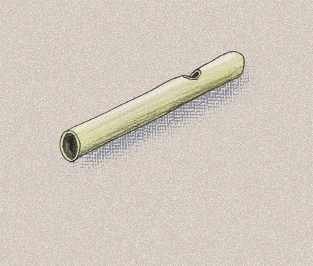 Finally, the end of the tube is closed with a smoking cigarette slip. 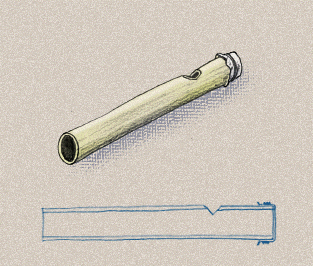 Nowadays, cigarette paper is also replaced by thin plastic, and rubber rings are used to tie it.