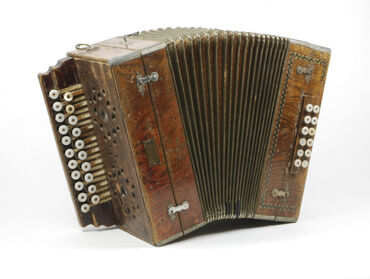 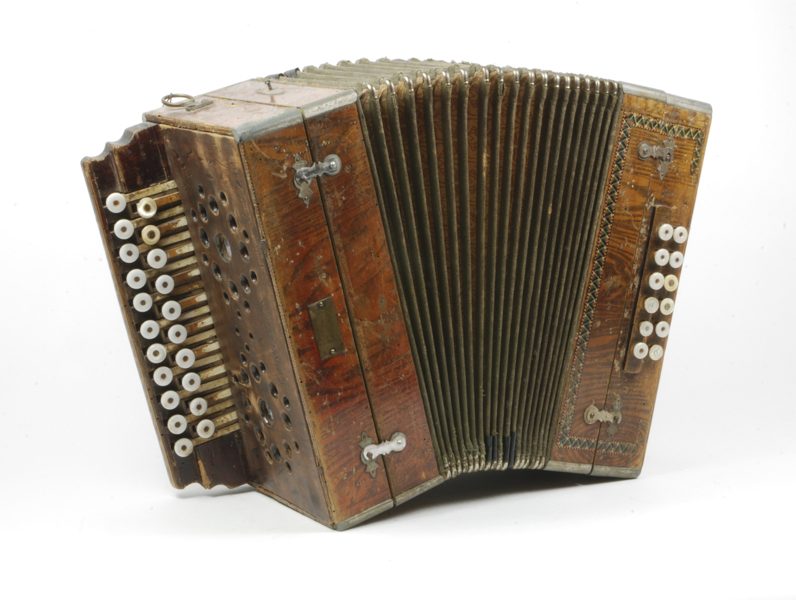 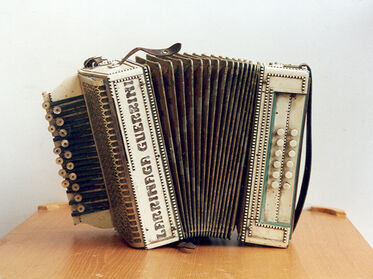 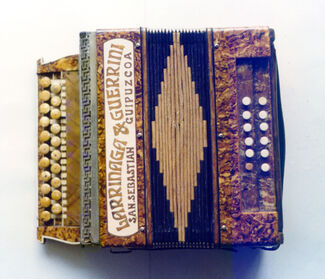 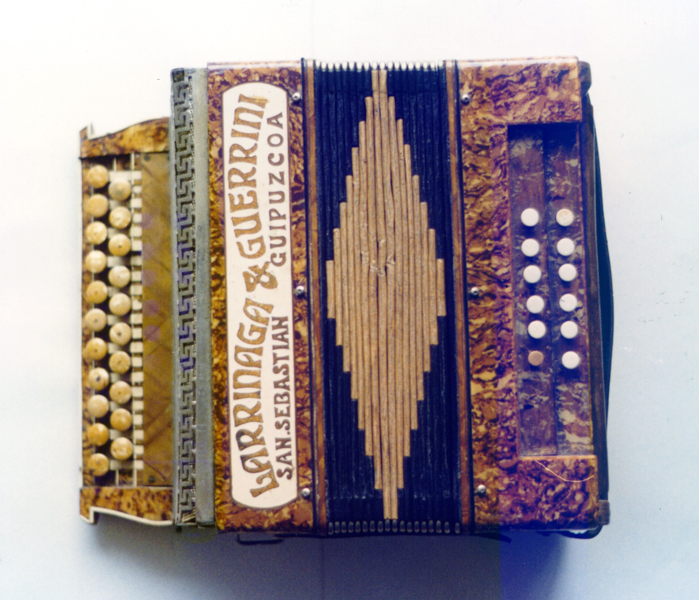 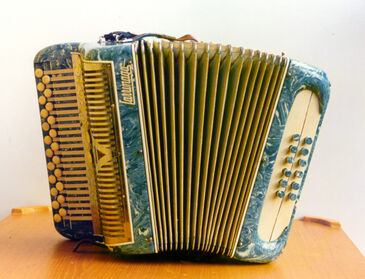 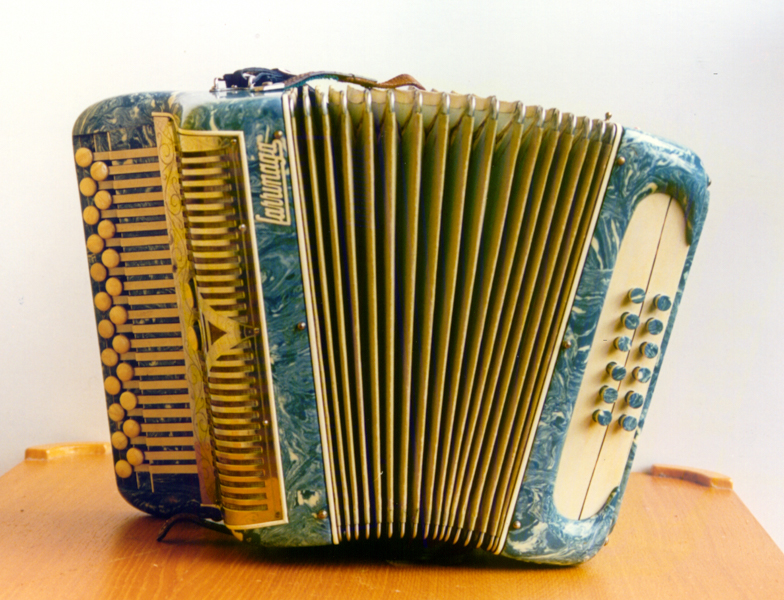 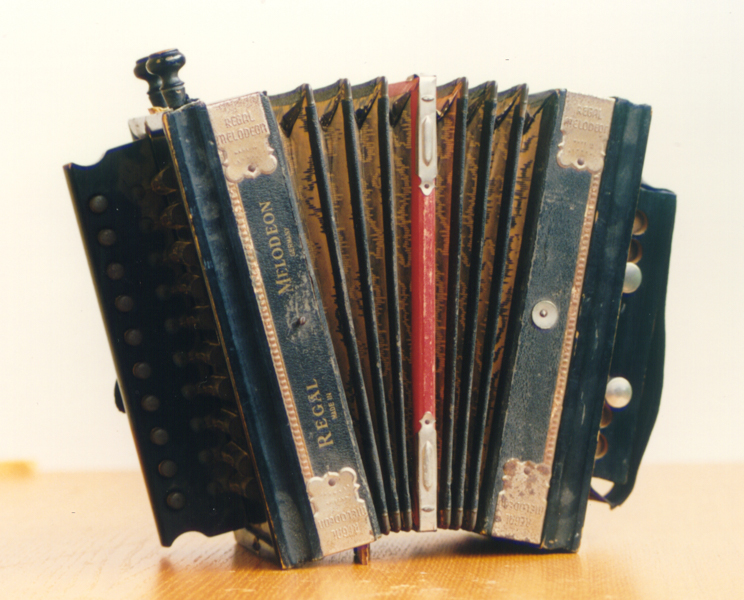 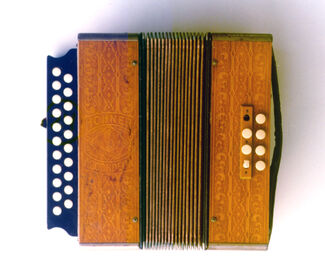 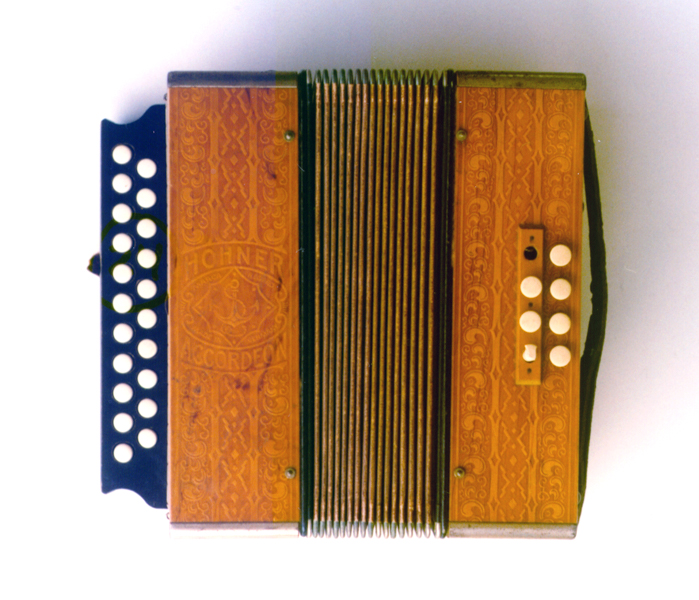 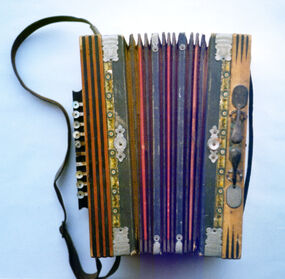 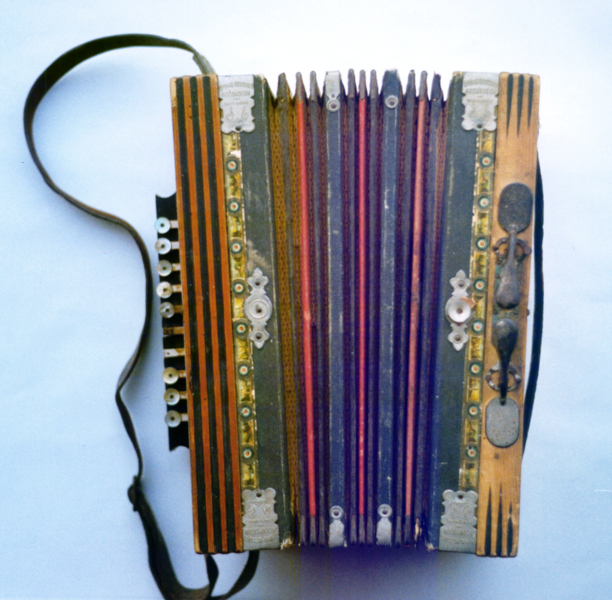 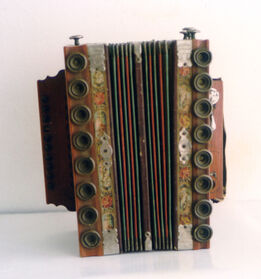 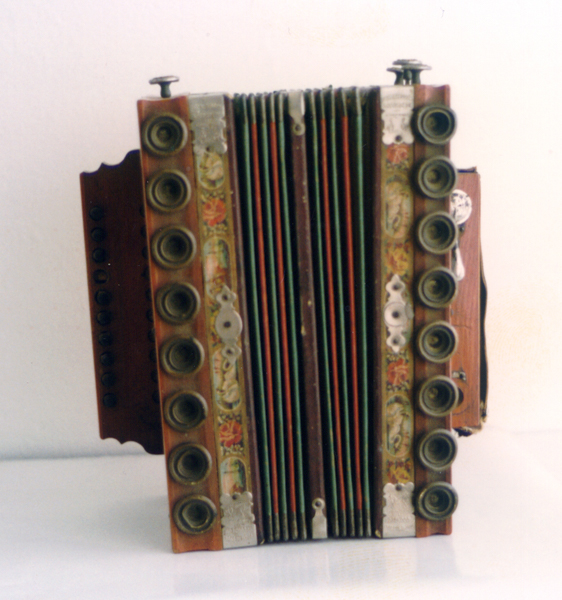 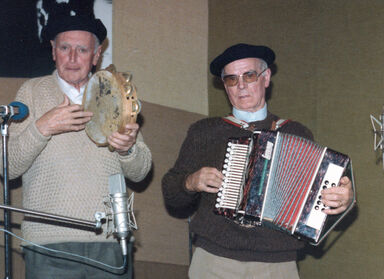 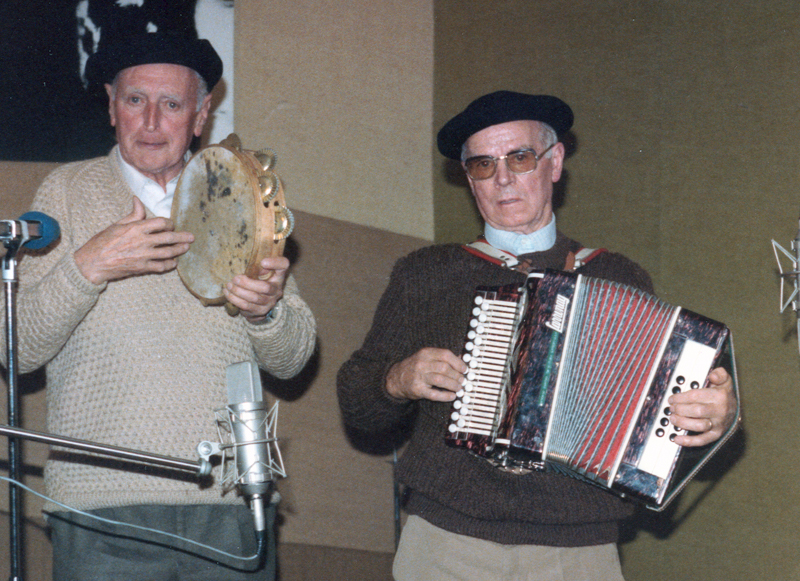 The trikitixa is a pseudo-diatonic accordion, a free reed instrument of the aerophone group.

The instrument that we know as trikitixa or soinu txiki is a pseudo-diatonic accordion. It has two wooden boxes: one with buttons to give the melody (it is played with the right hand) and the other that gives the notes and chords of the accompaniment (it is played with the left). the two boxes is the bellows. The instrument, unlike the chromatic ones, does not give the entire chromatic scale both closing and opening since the melodic buttons give a note when opening the bellows and another when closing, like harmonicas.

The bellows opens and closes by operating it with the arms, causing the air produced to vibrate the reeds.

It is the most recent of the Basque popular instruments. This accordion burst with force at the end of the 19th century in all corners of the music of our country, in urban and rural areas. But it was in the latter where it reached the category of "popular."

He settled in the environment of old instruments such as the txistu, the alboka and the dulzaina, assimilating their repertoire to a great extent.

From the mixture and the sum of the repertoire of these old instruments and the new resources of this new instrument, a new and own musical style emerged within Basque popular music. This is what we know today as the trikitixa style.

The way trikitilaris learn is not academic at all. On the contrary, they learn like the txistularis, dulzaineros and albokaris of the rural areas, that is, they try to learn the music and style they have known on their own and by ear.

On the one hand, they maintain the fundamental characteristics of the old style and on the other, their polyphonic-harmonic character allows them to enrich this music.

In many cases it was the families who played with older instruments who took this accordion into their hands; sometimes it was the same people who had gone from the old to the new instrument.

At the beginning of the 20th century, it appears forming a group with the txirula and the atabal, and also grouped with the dulzaina and the tambourine. In this last way it has been maintained to date in a few places. But the greatest success and popularity has been achieved (mainly in Gipuzkoa and Bizkaia) accompanied by tambourines and couplets. This is the best-known traditional group of trikitixa.

Today we cannot talk about Basque popular music without mentioning the trikitixa. Since it is this one that preserves some of the most important treasures of our popular music, taken from the old musicians who previously walked in our land.

This instrument is known by different s. It is known as accordion, soinu, soinu txiki and trikitixa. The trikitixa could come from the onomatopoeic sound "triki triki" given by the metal plates of the tambourine that accompanies it. Another curious this instrument has had is infernuko hauspoa (infernal bellows). Although it was quickly accepted among the population, this indicates that at first it had problems with the Church, since, among other reasons, in addition to playing in the "loose" (suelto) dance, in the squares and pilgrimages they also played the "grabbed" (agarrado) dances of the time that were not well seen by the ecclesiastical authorities.

Although it is new, the trikitixa has a long history in the Basque Country. There are great s that have created school and style in the trajectory of this instrument.

Although these accordions were originally brought from other European countries, local construction began at the beginning of the 20th century. The best-known brands have been "Zengotita" in Bilbao and "M. Larrinaga" and "Larrinaga-Guerrini" in Donostia. Those made in the latter have undoubtedly been the most appreciated among our old accordionists. It is a pity that today we do not have builders and that having so many fans and so many musicians, and a properly Basque way of interpreting, we do not have our particular sound (Beltrán, 1996, p. 88-90).

Although for some years it seemed to decline, in recent times, mainly from the 1980s, it has had a great diffusion and growth. It is heard in every corner, both in rural and urban settings, many schools have emerged that bring together hundreds of students. The events and conferences organized by different associations such as "Trikitixa Days", the tributes to the old trikitilaris and the trikitixa championships are very important and all of them very successful.