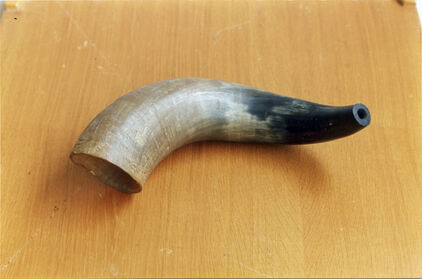 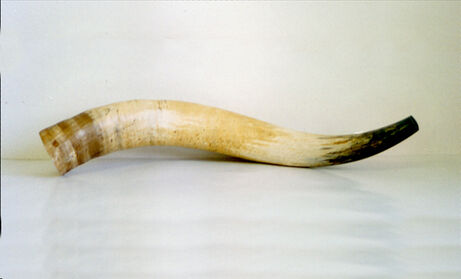 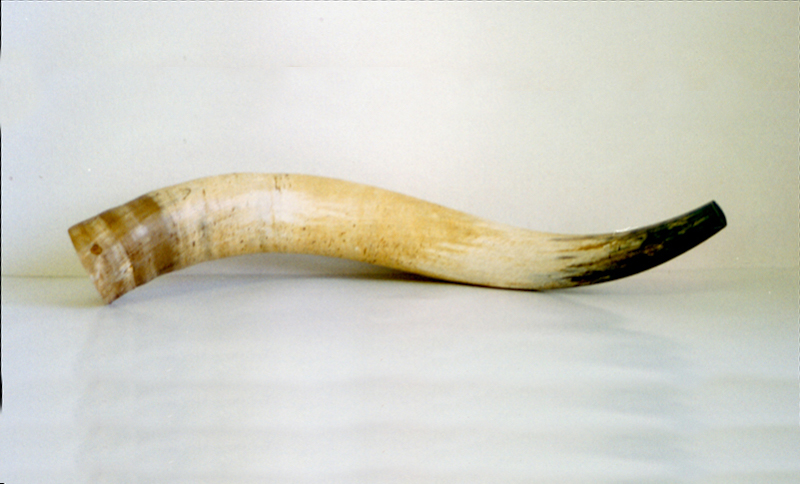 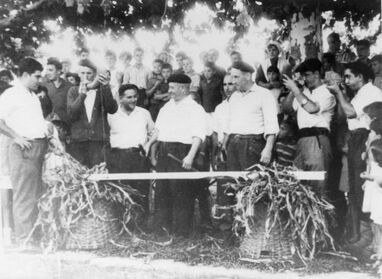 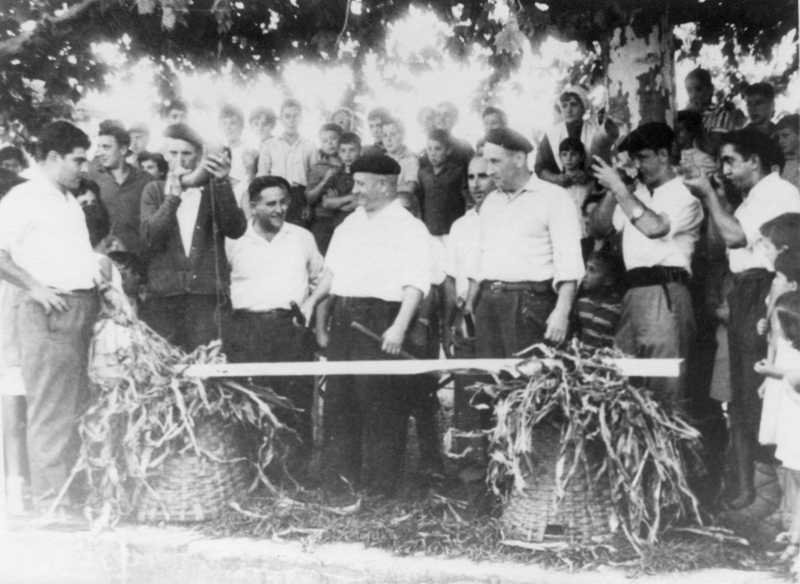 The horn belongs to the aerophone instrument group.

They are generally made from ox or cow horns. The end of the tip is cut off and a hole is drilled along its natural inner tube. To vibrate the lips, a tapered bore is made to the hole on the outside, which resembles the mouthpiece of common trumpets.

The volume and pitch of the sound will depend on the size of the horn.

The mouthpiece is placed on the lips and blown, vibrating the lips.

In the popular Basque music that we have known, instruments of the trumpet type have been little used, with the exception of the metal trumpets of marching bands and other similar common instruments.

The horn known in Euskal Herria is mainly of an ox or cow. Father Donostia (1952) says that these horns are fitted with a bone or metal mouthpiece (p. 296).

Although they are not always very musical, they have been used for various functions. The horns that are played at night to drive away wild boars and foxes are known as gauadar and kabillesadar. In some places the bell that sounds the alarm is called deiadar, desdar, deihadarra (p. 296).

Among the old instrument files at the San Telmo Museum in San Sebastián we find one that provides us with curious information: “ADARRA. The shepherds use it to call the village cattle that they must take care of daily and to meet in the square. Santa Cruz de Kampezu (Álava). 1917-1-30 ”((Beltrán, 1997, p. 46). On this subject, Father Donostia tells us (1952):“ in Álava they call "geria" (gueria) the call given to the oxen for "dula" or going out ”(p. 304).

We have also collected information on this use (Beltran, 1996). In Navarra, in some localities (the information was collected in the Val de Mañeru de Navarra), oxen, cows, mules, goats, etc. were collected daily. of the houses for the hired cattle herder to take to the pastures. They called this "dula" (garastalur). Every day, when it was time to leave, the rancher blew the horn so that all the animals that he was going to take out of the houses went to that specific meeting point.

In the Urola area, they called fabrika-adarra the siren with which they call to work in factories and work centers.

Some txalapartaris use the horn when playing the txalaparta. The Zuaznabar of Lasarte still use it as they have always known, they play a call with a great horn before each session of txalaparta. In the old days, in those txalaparta sessions, more than one horn player was next to them.

As we can see, this instrument has mainly had the function of giving calls (pp. 79-80).

R. M. Azkue (1959) also collected another function of the horn. As we can see in the bell section, in Navarra, Zuberoa and Gipuzkoa horns were also used in "special" weddings: “At weddings, the newlyweds who do not celebrate a wedding are blown the horn, mortars and cowbells. The same is done when an old widower or widower (AN-lar, S-bark, G-amez-zeg-arron) marries ”(p. 278).