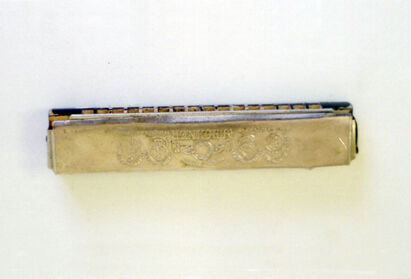 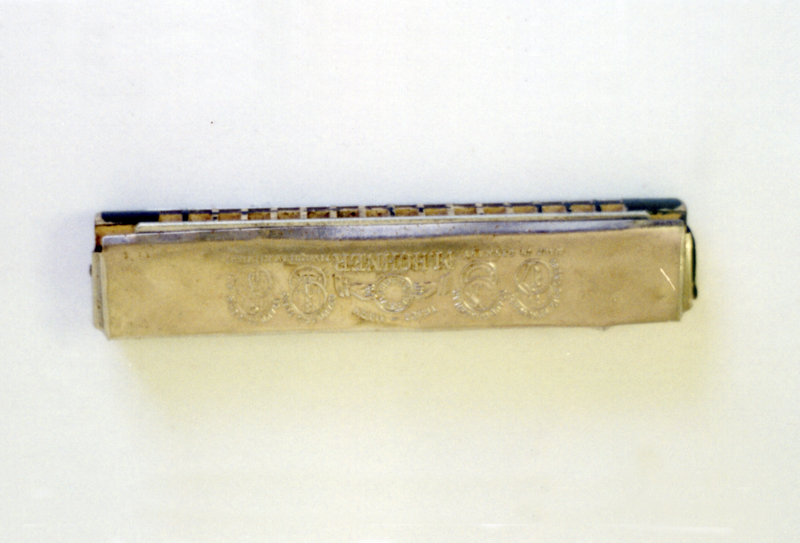 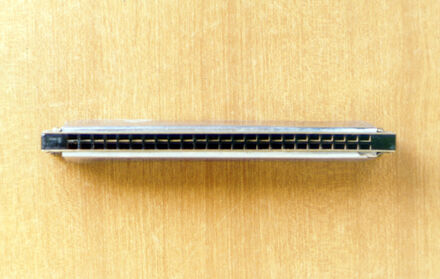 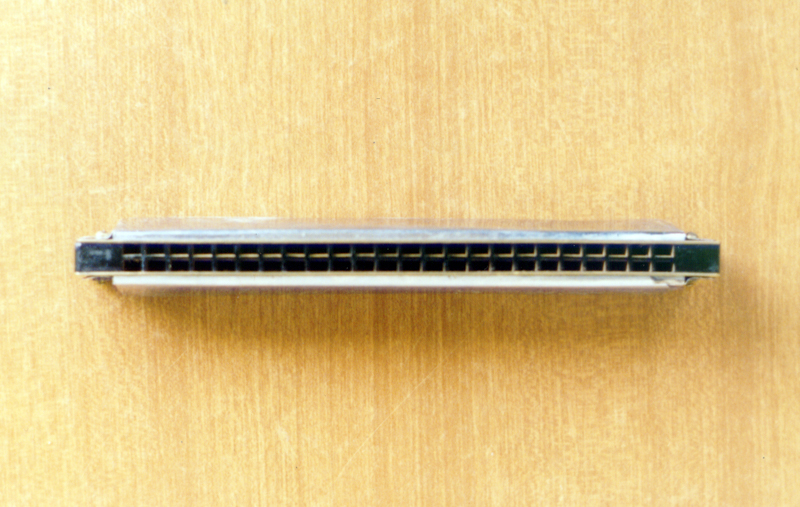 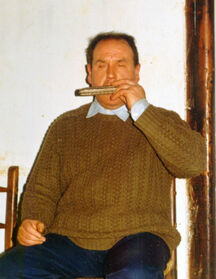 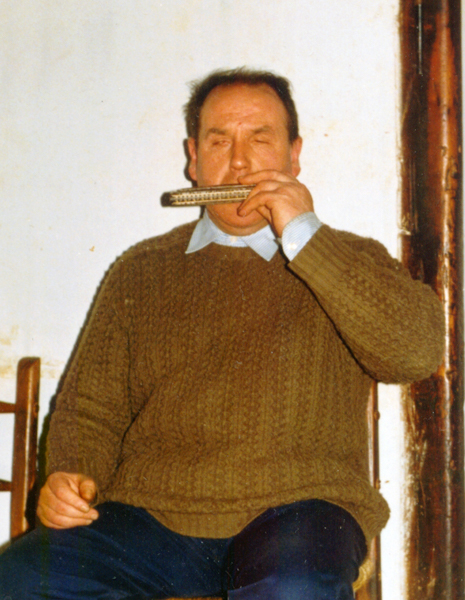 The harmonica is a free reed instrument of the aerophone group.

The harmonica consists of several reeds arranged transversely and in parallel on wooden slats that function as a support. The cover of the instrument is usually made of sheet metal, and serves to give shape and strength to the instrument, as well as to protect the tabs that remain inside.

By blowing on the edge of the holes, we vibrate the reeds. It can be blown or breathed in, giving two different tones in the same position.

Although we do not have documentation, we know that this instrument has been very widespread among us. The musicians have not been professionals but in many cases, they have reached a very high level. According to some, at the beginning of the 20th century it spread throughout Europe and its appearance meant, among others, the decline in the use of the mouth harp-horn.

About the denomination we can say: aho-soinua, filarmonika, filarmunika have been the most common s. In the Navarra area of ​​Larraun it is called ezpainetako-soinua and in Leitza we picked up the peculiar of xotixe.

It has been played in the kitchens of houses, bars and closed places to sing and dance. In Iribas (Navarra) we met Periko Garaikoetxea, from the Martikonea house. This one, in the middle of the XX century, every Sunday, after the religious services of the "vespers" he played for the young people to dance. In summer, in good weather, he would stand in front of the portal and they would dance in the house era, and in winter, inside, at the great entrance of the house. From a very young age he had been blind and with great skill and care he played everything by ear. His repertoire was very wide and he took it from the musicians (txistularis, accordionists ...) who came to play at the patron saint festivities. Dances "loose", marches, "held" and others. Among the songs we recorded for him is the particular of Iribas's "Silla dantza" that he played (Beltrán, 1996, p. 91).