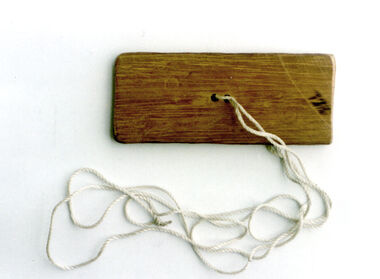 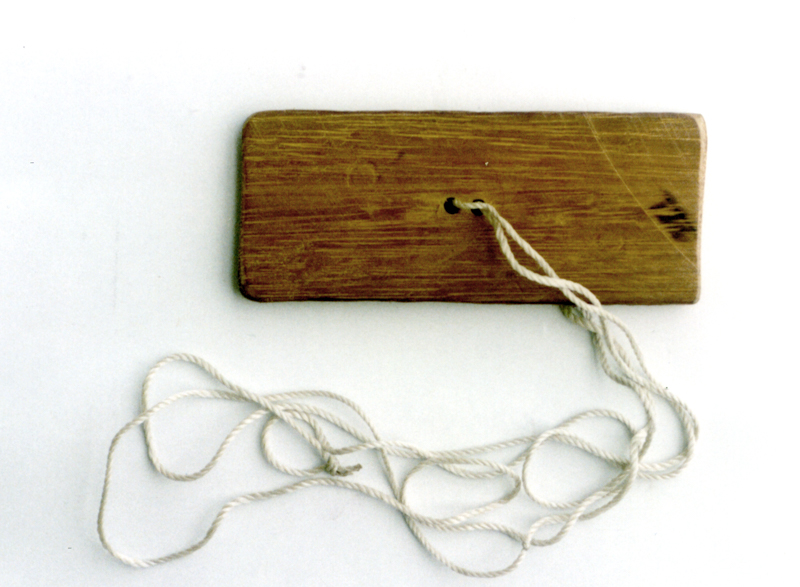 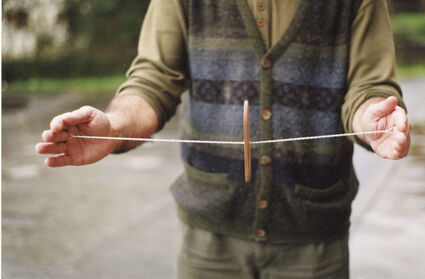 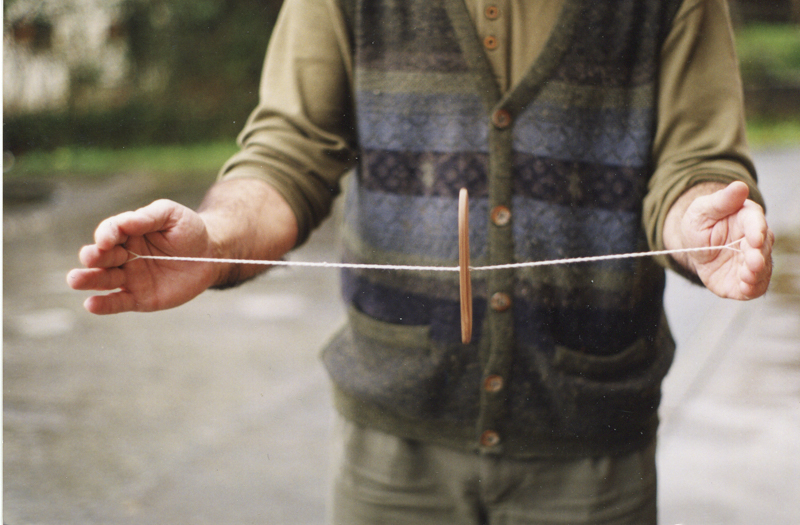 The firringila is a free aerophone.

It is a wooden splint. It has two little holes in the central part, through which a string passes. The two ends of the rope are tied with a knot. It can also be made with large buttons instead of the piece of wood.

The rope is stretched, pulling it with both hands, leaving the splint in the middle. He spins the splint, while the rope is tangled. It is then pulled by the sides, so that the tablet begins to spin at full speed, producing a whirling sound. Depending on the speed, the sound of the instrument will change.

We see that Father Donostia's list of sound instruments (1952) included free aerophones among the sound toys for children. One of them is the firringila. It is a piece of wood tied to a rope that begins to spin. Instruments of this type made with buttons have survived to this day (p. 297).

In the Garde village in Navarra they made a similar instrument called a furrunba with a stick and string. In some places it was done with a button and string (Etniker, 1993, 699).

We take a tablet and cut it to our liking, depending on the sound we want and who has to play it.

Two holes are made in the middle. 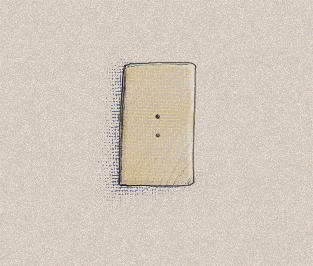 The rope is inserted through the little holes and the two ends are tied with a knot. 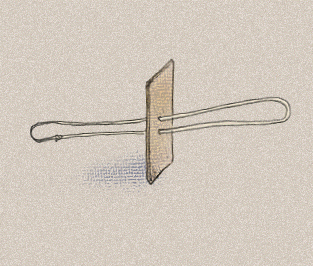 In the case of using a button, we save the first two steps.