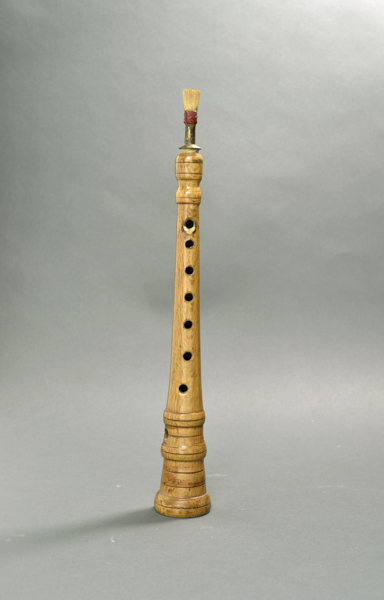 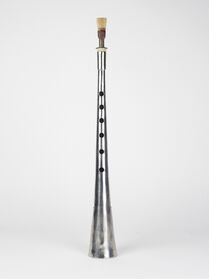 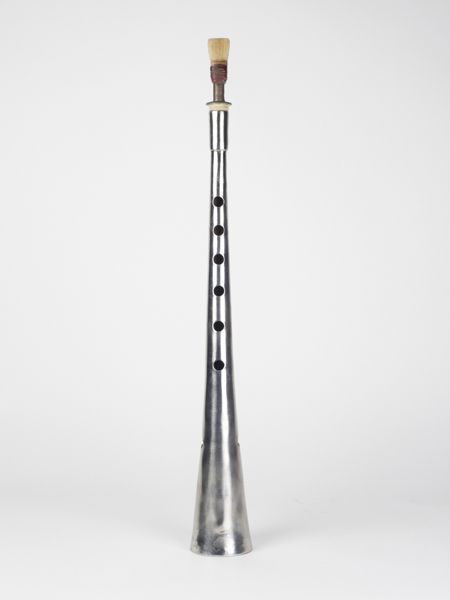 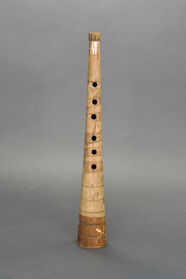 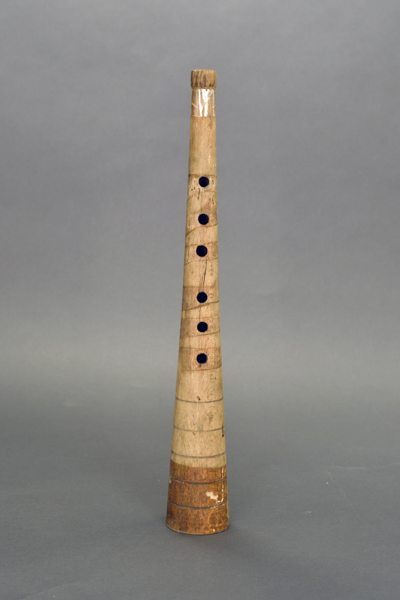 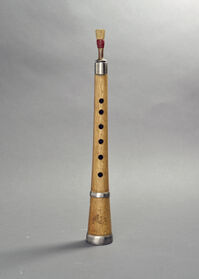 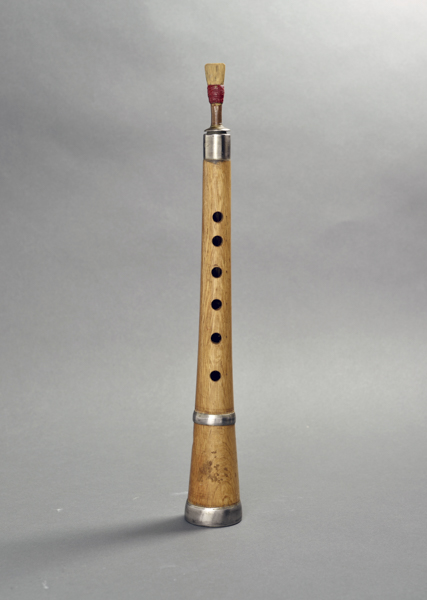 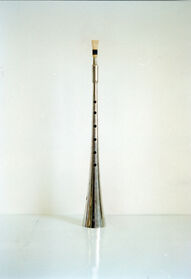 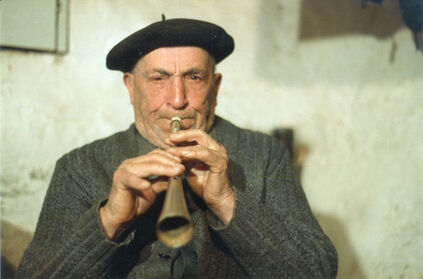 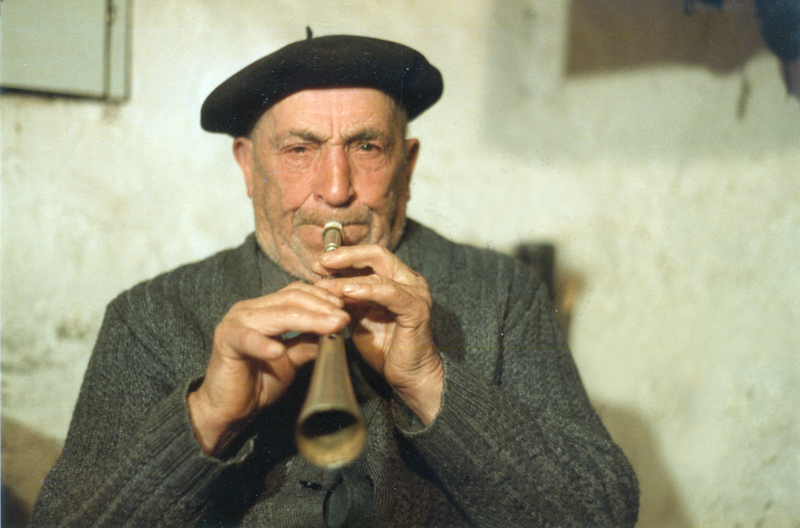 The dulzaina is a double-reed instrument which belongs to the aerophone group.

The dulzaina is a conical tube aerophone with a double reed. It consists of:

It has eight holes to give the notes: seven in the front and one in the upper back. The first hole from the bottom, the one that is closed with the little finger, is slightly to the side, for convenience. Some old dulzainas lack this hole and therefore give one note less.

All dulzainas have two other holes in the lower part of the sides, both at par, that fix the of the acoustic tube. The piece of tube that goes from these to the edge serves as a loudspeaker.

Although in most cases it has been played with the accompaniment of the drum, the tambourine also appears in the group (P. Donostia, 1952, p. 281). Since the diatonic accordion arrived, he has also formed a group with it.

It is the most developed and well-known double reed instrument (oboe) in the Basque Country. In this subgroup of instruments, we find four variants in our country: tutubi-tronpeta-sunprinu, txanbela, dulzaina and gaita navarra, in the order that their evolution has advanced. The last two seem to have hardly any differences, and the distinction s is not clear either, since in Navarra the s of bagpipes and dulzaina are mixed, but they have notable differences in terms of use and the music they make. We cannot forget the word bolingozo that Larramendi used in the 18th century to refer to this sound instrument in Basque: "Dulzayna, musical instrument, bolin-gox. LAT. Instrumentum musicum dulcius".

Another variant to mention is the one used by some musicians in Rioja Alavesa from the beginning of this century until the seventies (1970): the dulzaina with a key mechanism. These came from Castilla, and we believe that due to the influence of the Dulzaineros there they have also been used in La Rioja at that time. With the exception of the copies made by Jose Mari L. de Elorriaga, we do not know that such an instrument has been made in Rioja Alavesa or anywhere else in the Basque Country. Today, the area has once again imposed the dulzaina without keys.

Although we do not know when it dates from, as we have seen in the case of txistu, also in dulzaina in the last hundred years we find at least two types of musicians: those from the rural environment -without a musical schooling- and the urban -with schooling-.

Now, here we will see that first type.

The villagers studied and played by ear in pilgrimages and small towns. The repertoire, with few exceptions, is made up of dance music such as fandango-jota, arin-arin-porrusalda, marches, some “agarrado” dances and popular songs.

These musicians learned by listening to local or surrounding dulzaineros. Also later, when they were engaged in playing, they learned the new pieces by ear.

As José Sodupe "Montte", from Azkoitia, told us, in the pilgrimage the new piece was heard from another dulzainero and once the pilgrimage was over, they tried to learn on the way home; when they got home, they had already learned it and were ready to play it at the next pilgrimage.

Many musicians attended the pilgrimages, without anyone calling them. They did not have a contract: they would appear on the spot, take a seat and start playing. It used to be customary to start with a "march" for people to approach them. When they gathered the group, they began what they called "saioa", the session, playing the fandango and the return (arin-arin). The man in each pair couple for the performance.

As for what they charged for playing, according to Juan Aiesta, a former Dulzainero from Bedia, "At the beginning (at the beginning of the 20th century) a small dog (txakur txikerra-five cents of peseta) and then the big one (txakur handie- ten cents), then something was already taken out. " However, in some pilgrimages and festivals the musicians had to pay like the merchants of the fairs to be able to play. The money they made was not a net profit. You had to play a lot of sessions and gather a lot of people to get the "wage" in an afternoon or a day, and with the competition that was there it was not easy.

"Montte" said that once the dulzaineros walked two by two, with a kettle, even with an accordionist. But since the money had to be distributed among more, more and more couples formed by a dulzainero and a drummer were seen.

"Montte" himself told us the following: to the pilgrimages of the Urolaldea a very good and famous dulzainero, Julián Azurmendi, came from Abadiño with his wife, his son and daughter. This group worked in the following way: the father played the dulzaina, the son the atabal, the daughter on the other hand was dedicated to attracting people to her father's circle and his wife, instead, acted as treasurer, charging when each "saio” (the session). As you can see, the business was well organized.

This has been the environment of these musicians. Although it is declining, lately they have been playing especially at all kinds of parties in country settings in Gipuzkoa and Bizkaia.