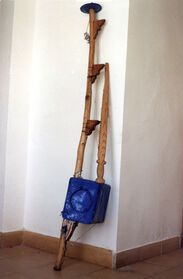 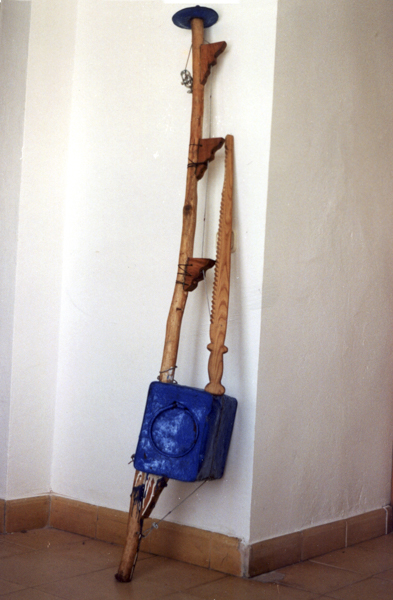 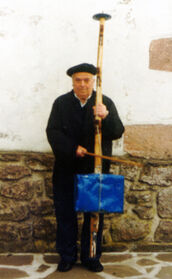 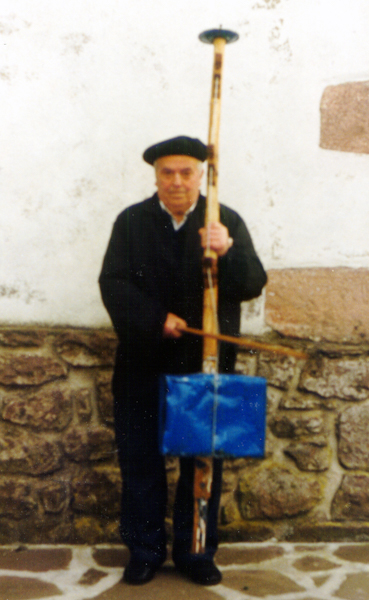 In the town of Arizkun (Navarra), this rubbed chordophone has been called "harp".

A metallic thread is tensioned parallel to a long pole. In the lower part, a tin container acts as a resonance box. In the upper part of the cane there are several pieces of tin, similar to the chindas (jingles) of a tambourine.

To play it, it is held vertically with one hand and struck against the ground, setting the basic rhythm and activating the upper jingles. Holding a kind of toothed wooden sword (“bow”) with the other hand, the metallic thread is touched and rubbed to play the instrument as if it were a violin.

Although we classify this instrument in the family of chordophones, it also has some characteristics of idiophones: the plates on the top, the stick against the ground and the metal can struck with the sword can be classified as idiophones.

These and other instruments were used in this town during the Carnival season to accompany songs and dances, to make noise or to joke around. 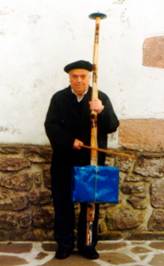 Antonio's father, José Mari Menta, played in the early 20th century and Antonio learned to play the Arizkun harp with him.

Arizkun Carnival Comparsa around 1930. On the right José Mari Menta with the “Arizkun's harp”